Everest Base Camp Trekking has been a famous challenging trekking destination in Nepal for trekkers since first expeditions to the Nepalese side of the Mount Everest in the 1953. Everest Base Camp Trek is an incredible experience introducing you to an amazing view of the highest mountain with massive of khumbu glaciers.

The Trekking starts from Lukla, ends to Lukla and needs for two weeks waliking . First day to walk down Phakding and follows along the Dudh Kosi river which climbs up to the Sherpa village of Namche bazaar. Namche is an ancient unique settlements of Sherpa people homeland, a bustling bazaar, the main gate for trekkers and everest national park headquarets. It offers to see close-up to the Mt. Everest known as 'King of all Mountains' in Everest and Sherpa Culture’s.

Along the everest base camp trekking trail, highest monastery at Tengboche is main attraction. Monks are always welcomed with smile face. Sound of Monks prayers and chanting attract all tourists to stop for a while. The monastery is structurally located on a top ridge with commanding views of the Everest landscape. Chance to see a wildlife animals musk deer,thar and nepal’s national birds - phasant. Villages surrounded by dwarf firs and rhododendrons are interspersed with magnificent forests of rhododendron, magnolia and giant firs.

Continue walk up to a village of Pagboche and Pheriche and to see a spectacular views of the Ama Dablam, Tawache and other peaks and then finally to highest camp at Gorak Shep.We also have the opportunity to ascend Kala Pattar [5554m] from where we can get some awesome spectacular views of Mt. Everest and Himalayan giants which literally numb your senses with breathless admiration that beholds the eye; and makes up for the lung-bursting climb that took you up there. Finally making our way back down to Lukla. Trek off the beaten track to the Holy Lake… Spectacular traverse from Gokyo Lakes to… 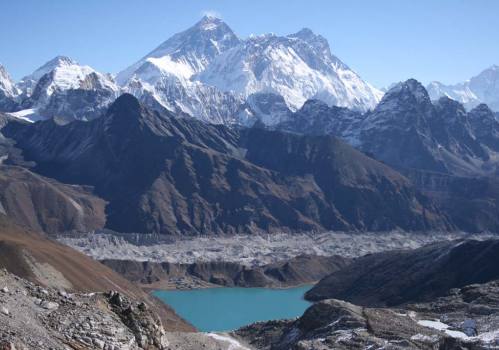 A magnificent trek to the Gokyo Lakes and… 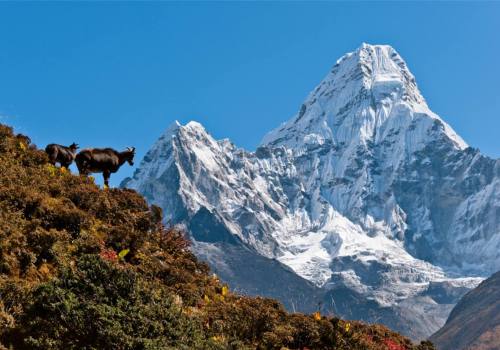 The finest short trek in the Everest region 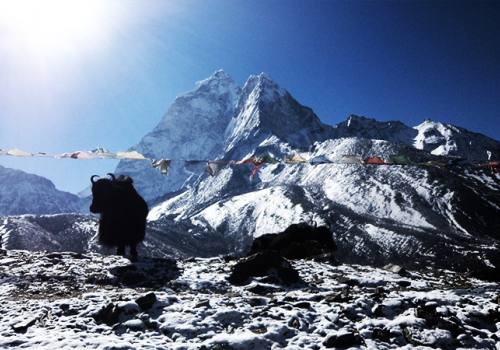