Nepal is the most beautiful and stunning Himalayan country in the world. Though small in size, it is known in the world as a nation of color and contrasts-a hidden Shangri-La of nature, culture and adventure. In the countryside the way of life is still traditional, nature is at its best, high mountains and lush valleys are ideal places for trekking and mountaineering, flora and fauna invites a nature lover for a rendezvous with them. Nepal is rich with traditions of art and culture and Kathmandu, the capital city, is a treasure house of ancient art and culture.

Nepal is a mountainous and landlocked country lying on the southern slopes of the Himalayas between India and China. Its area is 147,181 sq.km. It is 885 km east to west and 145 to 241 km north to south. The country is divided into three geographical regions.

Himalayan Region: The altitude of this region is above 5,000m. The region encompasses eight of the 14 highest summits of the world crossing over an altitude of 8,000m including Everest, Annapurna, Dhaulagiri etc.

Hilly Region: The region lies between the Himalayan and Terai region soaring up to 4,877m.

Terai Region: It extends from the Nepal-India border in the south to the base of Siwalik Hills (Churia) in the north. Its elevation ranges from 70 to 200m with subtropical climate.

People: Nepal has a composite population stemming from various racial and ethnic communities. It has been a melting pot of diverse linguistic and ethnic groups with population 25 million living in different regions, wearing different costumes and speaking different languages and dialects the people belong to multi-ethnic groups, ranging from the Indo-Aryan to Mongoloid. The Himalayan and central hilly regions are mostly inhabited by the people of the Tibeto-Burman stock while the people inhabiting the Terai lowlands may be grouped under the Indo-Aryan category.

Religion: Hinduism and Buddhism constitute two major religions in Nepal. a remarkable feature of Nepal is the religious homogeneity what exists, particularly between the Hindu and Buddhist communities. Apart from the Hindus and Buddhists, Muslim forms the third largest religious group.

History: Nepal has a long glorious history. Its civilization can be traced back to thousand of years before the birth of Christ. For centuries, the kingdom of Nepal was divided into many principalities (Chaubise States). Kirantas ruled in the east, the Newars in the Kathmandu Valley, while Gurungs and Magars had their domain the mid-west. The Kirantas were said to have ruled their territories from 300 B.C. The country took its present shape only after 1768 A.D. when Prithvi Narayan Shah, king of Gorkha, conquered and united all the tiny states into one kingdom.

Art and Culture: There is perhaps no country in the world except Nepal where traditional architecture, painting and sculpture have been well preserved for 1500 years. The exquisite medieval art and architecture of the Kathmandu valley vividly reflects the artistic ingenuity and the religious tradition of the people. To better understand the deep and complex roots of Nepalese culture, it is necessary to visit the monuments and religious shrines.

Climate: Nepal's climate varies with its topography. It ranges from tropical to alpine depending upon the altitude. The Terai region which lies in the tropical southern part of the country, for instance, has a hot & humid climate. The mid-land regions are pleasant almost all year around although winter nights are cool. The northern mountain region, around an altitude above 3353 m has an alpine climate with a considerably lower temperature in winter as can be expected. 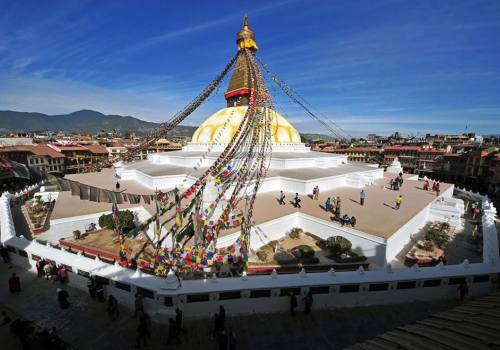 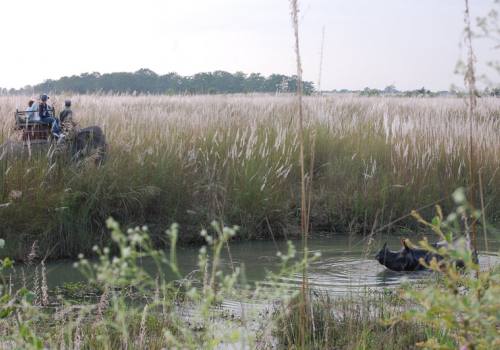